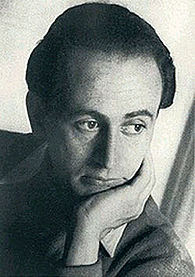 A poem should resist meaning. It should stand immutable and irreducible, impossible to decompose into a series of propositions and statements. Nobody writes poems that resist meaning more than the German Poet Paul Celan, and yet for all that, they convey depth and power that is unmatched by other poets.

For the last two or three years I have been studying the poetry of Celan, particularly his later poetry. Paul Celan was born to Jewish parents in Romaina. During World War Two he was detained in a Nazi labor camp. His parents died in another camp. After the war he found his way to Paris, where, though fluent in many languages, he continued to write poems in German--the language of his mother, but also the language of the Nazi's that killed her. His early poetry fit into the European surrealist movement. His most popular poem, "Todesfuge--Death Fugue" is in this vein. But in his later years, he started stripping away artifice. His poetry became more compressed and impenetrable, but still conveyed some essential emotion just beyond articulation. It is the later poetry that interests me most.

Here is a complete poem (my translation, though heavily dependent on various cribs):

in the rivers north of the future
I cast out that net, which you,
hesitantly, weight
with stone written shadows

Although it resists meaning, one could still write volumes on this. The poem conflates time and space. What is it that the I is fishing for? Who is the "I", and who is the you? What do the stone shadows write?

Here are a couple of more passages that stir me--not complete poems:

something rushes through us
the first
of the world's last wings

Island meadow
you,
fogged in
with hope

Celan fought depression and paranoia most of his life. He committed suicide by drowning himself in Seine in 1970.

Note: the photo comes from Wikipedia 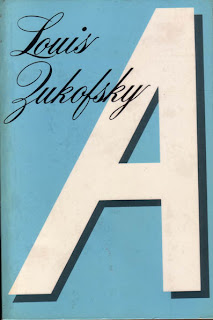 The web site is in stasis while I rethink my design. But I decided I will try to make this blog more active. I intend to post brief reviews of some of my favorite and lesser known poets. I will start with a major influence, Louis Zukofsky.


I wrote my master's thesis on Louis Zukofsky's "A", or more precisely I wrote my master's thesis on "A"-21, an eccentric translation of Plautus's Rudens that incorporates a certain echolalia with the original Latin and manages to blend in a fair amount of Shakespeare as well. When I wrote my thesis very few knew of Zukofsky outside of a few poets. I came across him following a quote from Ezra Pound who dedicated his "Guide to Kulture" to him and Basil Bunting, "two voices struggling in the wilderness."

I found his book "ALL the shorter Poems" and skimmed through it. At first I wasn't impressed, but a few days later I had a dream in which I had opened the book and found beauties. The next day I opened the book again and there were indeed beauties there. Later that week I went to the local bookstore and ordered a copy of his newly printed epic called "A".

Zukofsky is often called a poet's poet, or sometimes even the poet's poet's poet. I would argue that there is no in the twentieth century--not even Ezra Pound--from whom one can learn more about the craft and structure of verse. In his poems you will find both masterful traditional verse forms and radical experimentation. I especially learned from his experiments with counting words per line rather than syllabi or feet. "A"-22 and "A"-23 are still breathtaking in their subtle audacity.

If Zukofsky's poetry was only about structure and form, it would not deserve any wider audience. But there is a deep humanity and compassion there. "A" at 800 plus pages in 24 sections, took a lifetime to complete. In the beginning the poet is brash, a progressive who explores the possibilities of social justice through communism. But, as time progresses, through world war two, Korea and Vietnam, as the world armed itself with nuclear weapons, Zukofsky increasingly countered with a nuclear deterrent of his own--the nuclear family, his wife Celia and his son Paul. In the end love may not triumph, but it does preserve what is still of value in the world.
Posted by spconger at 7:49 PM No comments: