I have neglected this blog over the last couple of years. Once in awhile i come back and make some great renewal of purpose with a new focus. Well, it is time for that perineal statement again, only i am not going to promise any special focus or topic. My new committment is simply to try to add an entry at least once a week. The entries will reflect whatever i am thinking about and working on, whether translations, poetry or ideas.

For almost a year now i have been working on a series of poems that i am currently calling “Standing Water.” It is, in some ways, a reaction to Trump. The poems are a reexamination of what it means for me to be American. It is currently in five parts: Daniel Boone, who was a childhood hero of mine, Apollo, which traces the Apollo 17 mission to the moon and back. Chernobyl, September 11, and Timelines. Some parts have proven difficult to write ( Daniel Boone, September 11), others have flowed fairly easily (Apollo, Timelines). The whole, the book, as i imagine it, also has an extensive introductory essay which is part history and part autobiography. After a year, i am almost done with a first draft. One it is finished, i will rewrite it carefully and extensively.

When it is finished, instead of self publishing it immediately, i may try to get it pulished through a univerisity press. We will see. So far none of my self published books are selling at all. I am planning a social media push. If it succeeds, maybe i will go with self publication again.

I wrote a poem this afternoon on the train. It has nothing to do with the train itself, but looking out the window, about to nod off, I was watching the cotton from the cottonwoods fly past the train. (There are a lot of cottonwoods along the tracks.)

I am not sure what the poem is about. Maybe getting old. I like poems that hold some mystery, even to me.

The poem has a form I used all last year for my Journal. The date is inscribed in its structure. Just count the words: 3 stanzas, 18, 5, 30.

Posted by spconger at 7:42 PM No comments:

Lying in bed, before sleep, I was thinking about capitalism and how everything has a price, and nothing without a price is given any value what-so-ever. It occurred to me, as a poetic project that I should create a poetry that focuses on things un-valued, beneath value, worthless, and on things priceless, beyond price, the numinous and transient, the unsellable.

Also, as I was drifting into sleep, these lines:

Waking, these thoughts were still with me. . . 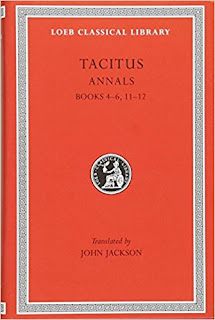 Posted by spconger at 9:43 AM No comments: 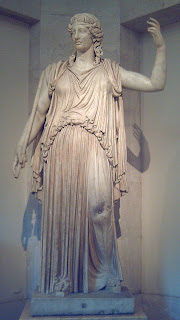 At the beginning of Hymn 2 of the Homeric Hymns, the hymn to Demeter, she is described as ἠύκομον, well haired or good haired. I never know what to do with this kind of epithet. "Trim coiffed," is how Pound translated the same epithet, though as applied to Aphrodite, in his Canto I. "Well haired" or "with good hair" don't really cut it, so "with luxurious hair?"

Another word that gives me pause is ἥρπαξεν. Traditionally it is translated as "seize," but it is where we get our word "rape," and it is in every sense a rape. Persephone is a child and unwilling. She is being carried away against her will, crying for her mother. In the ancient world the gods could rape with impunity--witness all the loves of Zeus. Men too seized and raped. It was part of the expected plunder and rewards from war. In the Iliad and the Odyssey, it is common to raid villages to steal their supplies and women. The lot of women was often harsh. But this hymn does acknowledge the trauma of it, in Persephone's screams and Demeter's sorrows.

As she is being carried away she cries out in a shrill voice to her father, the son of Chronos, and ὕπατον καὶ ἄριστον, most high and virtuous. The epithet seems ironic to the modern ear. He, after all is the instigator of this rape. She is calling out to the one who authorized her abduction. But I suspect there was no irony to the Greek ear. Zeus, by his nature, being the most powerful being, defines what virtue is. Whatever he wills is just, even if his subjects cannot see the justice or wisdom of it.

This is heartbreaking and beautiful

I have always wanted to translate all the Homeric Hymns, so I finally decided why not. It is something I can work on while working on my long poem, currently titled "Standing Water."

The first hymn is to Dionysus. It is a fragment. (Most of the hymns are intact, but this one, not.) There is a word in the second line, "εἰραφιῶτα." Hugh G. Evelyn White, a translator I much respect, translates it as "insewn" and notes that Dionysus was sewn into the thigh of Zeus to hide him from Hera. This is how the Hellenistic scholars read it. They saw the letters "ραφιῶ" and related it to "rapio" "to sew." We get the word rhapsody from it--a sewing together of melodies or song--. Modern scholars, however, trace the word back to Sanskrit for "Bull God."

Translating this, one is faced with the question which to use. The later Greeks, at least, read it as referencing sewing and the god sewn into the thigh of Zeus. Did it once mean Bull God to the earlier Greeks? It is hard to know. I am tempted to go with both:

But then, I am left with what to do with it when the word occurs again in line 17:

Posted by spconger at 1:29 PM No comments:

Reading Philosophical Investigations I came across this discussion of The sword Excalibur: "The word Excalibur is a proper name in the ordinary sense. . ." But in the German text, which is en-face, has no mention of Excalibur. Rather the sword is Nothung,, the sword Siegfried places between himself and Bruenhilde to guarantee her chastity. It is obvious translator has substituted the English sword for English readers. It saves a footnote, and the point of the passage is that a name applies whether a thing exists or not, so that the idea that there is a direct relationship between a noun and a thing doesn't really make sense. Both are famous swords within their own cultural context.

Yet, i will say, i would have preferred the original sword, even if i am less familiar with the legend and the Wagnerian Opera. I like to get the feel of the cultural context of the original. I like a bit of otherness, strangeness.

I see this done a lot with Greek texts too. A strange or difficult idiom or reference is substituted for with a familiar one. In The first elegy of Kallimachos, I remember, the translator wrote "from an ancient people." In the Greek the word was not ancient but προυσέληνς, "before the moon", because the people were said to be so ancient they were older thαn the moon. A much more poetic and interesting take.

Posted by spconger at 7:23 PM No comments: