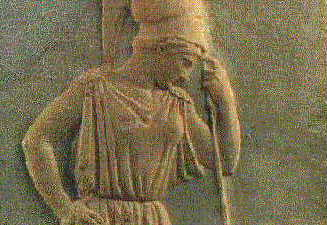 For the most part, it is wrong to think that a particular word has a given meaning. Dictionaries tend to perpetuate this myth, though if you look you will notice, even there, a word constitutes a cluster of associated meanings.

Take even the simplest word like "dog." We say things like: "collies are my favorite breed of dog," "it was a dog of a day," "I am dog tired," "he was a good dog," " I worked like a dog today,"  "you're nothing but a hound dog," "don't dog me," etc.. All these phrases relate to some, essentially undefined, dogness. (One shouldn't forget, by the way, that though seemingly simple, dog is an extremely abstract word. It includes at least hundreds of breeds and billions of individuals under it single syllable designation.)

I came across this argument in Heidegger's lectures on Aristotle's Metaphysics where he (Heidegger) is discussing Aristotle's statement that being can be spoken of in many ways. He compares it to Aristotle,s dismissal of Plato's idea of "the Good." He (Aristotle) says that the good can be spoken of in many ways, but that does not imply that there is some absolute idea of the good that has a separate existence on some ideal plane. Rather, the good exists as a cluster of analogous meanings that cannot be reduced to a single meaning.

A similar argument holds for being.

An interesting aside: this is essentially the whole technique of Wittgenstein's Philosophical Investigation. He asserts that philosophers are too often mislead by taking abstract words as realities. He looks at how words really work, by looking at how we actually use words, not as meaning something, but as analogous to some cluster of related meanings.

Parmenedes comes into Heidegger's discussion of Aristotle because Heidegger asserts that Aristotle is reaffirming Parmenides against Plato, asserting, in fact, that being is one, though we speak of it in many ways. We cannot give it precise definition, but it is the commonality behind every statement of existence.

This would imply that Being can only be approached by analogy, through individual beings.

But that is the subject of Being and Time, and I am going to continue focus on Parmenides for the time being, so to speak.