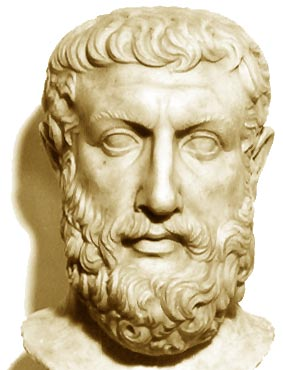 In ancient times, the prologue was treated allegorically. Each detail was assigned someprecise allegorical   significance. But, while Parmenides might have had some allegorical intent, I don't think that was his primary thrust. Mostly, I think the prologue served to provide divine sanction for his philosophical vision and to place his philosophical insight outside the "common abidence of mankind." (Heidegger, or at least his translator's phrase.) (it might be worth taking a look at Lucretius' prologue to Venus as a direct imitation of Parmenedes)

There are elements of note:

The verb in the first line is present tense. "The mares carry me. . ." The journey is not something that happened in the past, it is something that continues. (This could also play into the statement later that being is timeless, an eternal present.)

Moving through the gates of night and day places him in the fiery realm, which the physics part of the poem says surrounds all.  In general though, his physics is the least interesting part of the poem.

There may be some significance in the idea that the daughters of Helios steer the chariot. It may also be important the the goddess justice guards the gate. What that importance might be, though, is unclear to me.

I think one of the goddess' final statements in the prologue is significant--at least for how I understand the philosophy here. She says it is necessary for P to learn all things through asking. She says she will tell him the truth (alethea) but also the common opinion of men and, this is the significant part, why it is necessary that men believe as they do. The mistaken beliefs of men are necessary--not simply ignorance.

I will talk about this more later, but I think it helps explain why, after describing being as one, unchanging and timeless, he goes on to provide a sort of theogany that describes the origins and nature of things. It is because these beliefs are necessary for men. It is how they must believe to operate in the world.

Posted by spconger at 9:11 AM No comments: 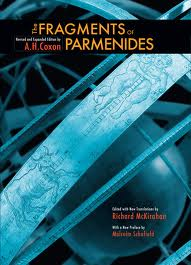 So here is the prologue to Parmenides poem. It was written in hexameters in imitation of Homeric verse, but, after working through the Greek and Coxon's notes carefully, I have rendered it into Dante's terza rima. Why? Just because:

Posted by spconger at 9:26 AM No comments:

An Aside on Purpose

Although I realize I have few if any readers, never-the-less, I think I should note that this discussion has more than academic interest to me. I try to read those things that help me find some meaning in and understanding of my existence. I do not believe that we are given meaning through some external agent, some god. I believe life has an intrinsic value, because given the cold calculus of the universe and the vagaries of evolution, every individual existence is miraculous. But, beyond the simple fact of existence, I believe it is up to each of us to give our life meaning. I read books that help me find that meaning. I am not attracted to easy answers or sentimental self affirmations. I want something that looks at the whole of life and death without glossing over the uncomfortable aspects.

That being said, I have to admit that I also like tomes. I like big books that purport to hold the whole world between their covers. I like fragments in other languages, especially Ancient Greek, that can be teased for meaning, little cryptic riddles that can yield surprising images or insights. I like the scholarly, the difficult, the obscure. On the negative side, I think it gives me a slight sense of power, like some magus possessing a secret, hard to acquire knowledge. It boosts my ego. All my life I was praised for being smart. Tomes and fragments reinforce that former praise. If I can read this stuff, I must be smart.

But I also know, I am not that smart. I am no scholar. My main insights are more emotional than intellectual, and the primary output from my reading Parmenides is a series of poems inspired by the emotions and images evoked by the process. Ultimately, it is in my poetry that I find meaning.

Still, one of the things I have learned over my 58 odd years is that one must at least entertain one's self. Working through the Greek of Parmenides' poem and writing my poems in response entertains me.

Posted by spconger at 8:46 AM No comments: 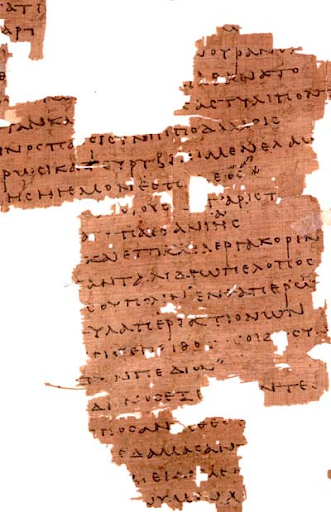 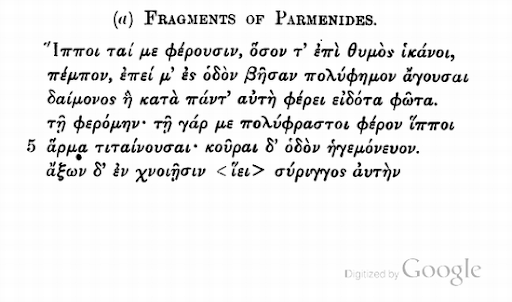 Posted by spconger at 8:20 AM No comments: